Like it or not, the City of Baltimore (“City”) has entered the renovation business.  Why? The City is desperate to turn Park Heights around.   If you drive up Park Heights Avenue or Reisterstown  Road, you will see boarded up house after boarded up house.   How did this happen?  One can certainly question the “questionable leadership” in the city.  For decades, the city has been a case study in failure and decay and what happens when a blind eye is turned to crime, violence, and the targeted importation of drugs.   And it’s not just crime, violence, and drugs, but many of these boarded up properties have bad titles and are caught up in numerous city liens and tax sales.

So, what’s the cure?

GET AGGRESSIVE WITH ABSENTEE OWNERS.  For starters, the City must address absentee property owners who have let their properties go to waste.  These properties are hurting the neighboring property values and in some instances are preventing sales and transfers as some lenders will NOT finance a property that’s next to a board-up.   In effect, by their own neglect, the absentee owners are inflicting financial distress on homeowners who are trying to exit their investment.

One must ask “How can the City do this in a time efficient manner without wasting judicial resources? ”  Currently, the City has a process via its code enforcement legal section to take property owners to court, put the property into receivership, and get a Court Order to transfer title.   The City has ONE auctioneer that handles their auctions.  For years, One House At A Time has had a monopoly and arguably, a very cozy relationship with the City’s “in crowd”.   The One House At A Time approach may take houses to auction, but is it fast and efficient enough to rebuild a neglected section of the City?  No!  Not even close.   One House At A Time is NOT working.

The solution in part is that the City was get very aggressive on absentee owners.  It might mean a one-year notice to cure for property owners.   And during this one-year notice period, the City should then pass legislation, to take aggressive action to rid the City of problem properties.  In addition, State law must be changed to support whatever changes in the City law to support more efficient legal actions to change titles from disinterested absentee owners to qualified property buyers and owners who must make the properties PRODUCTIVE in a very strict period of time.   This is a start.

DEAL WITH CRIME AND VIOLENCE.  First, there’s NOT a section of the City that has been without crime and violence.  See the homicide map as evidence.   Arguably, most of the “crime and violence” is happening in the suites and not necessarily the streets, but that’s another conversation for another time.  What’s not arguable is that there’s a genocidal violence trend in the City that has existed for decades.  In fact, the City’s homicide rate is 10 times the national average.   So, what do we do?  Five things:

In addition to Opportunity Zones, both the City and State must kick in the Benjamins.  As stated before, there are needs in Park Heights, including, but not limited to  public safety and entertainment.

PRIVATE INVESTMENT.  In order for Park Heights to have a chance, there must be significant private investment.  At DCHB, we’ve been making serious and monthly investments in various parts of Park Heights.  We’ve recently acquired properties on Rogers Avenue, Ridgewood Avenue, Liberty Heights Ave, Beaufort Ave., and we are looking for more properties to acquire. 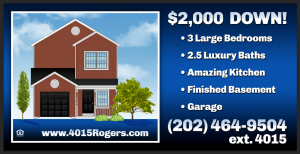 At 4110 Ridgewood Avenue, we are demolishing the existing building, and building 5 new homes. 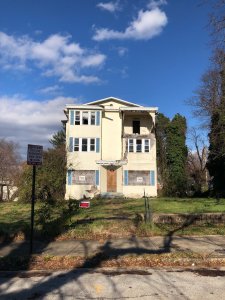 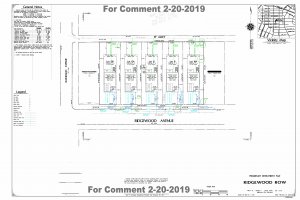 On Liberty Heights Avenue, we are taking a vacant lot, subdividing it and building 5 new homes. 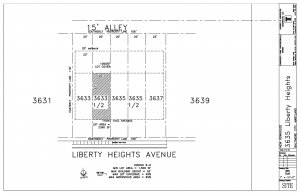 On Beaufort Avenue, we are demolishing the old frame houses, keeping the stone foundations, and building new homes on the old stone foundations.  This is the type of investment Park Heights needs and what we are doing our part to rebuild. 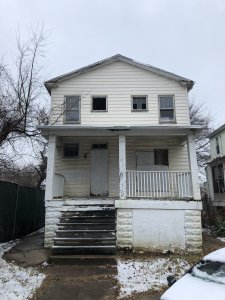 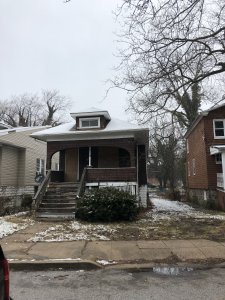 Help us rebuild Park Heights.  If you have a property to sell, we are buying.  Please complete the form below.

“We are a small non-profit located in Baltimore City and dchousebuyer.com came along and actually infused funding in our organization.  We are a public support organization providing affordable housing in the Baltimore metropolitan area.  We support domestic violence victims and low income families. We owned a property in Baltimore City that required millions of dollars to rehab.  We attempted to get funding from the state and city to no avail.  Sir Charles Martin company purchased the property from our organization, saving us from a financial disaster.  By purchasing this property he has moved forward to enhanced a historical African American professional community.  Our transaction went very smoothly and was timely. It was a pleasure doing business with Sir Charles Martin.  Leroy Allen, CEO and Founder of National Fund for the Awareness of Violence Against Women and Children (NAVA Fund). ” – Leroy Allen

“Charles is a consummate professional. He does not over complicate a transaction, he meets his commitments and he doesn’t miss a deadline. I look forward to working with Charles again.” – Peter Charcharlis

After losing my former tenant, I wanted to get rid of a problem property fast.  You came in right on time and helped me out.  Thanks!

Get Your Fair Cash Offer: Start Below!